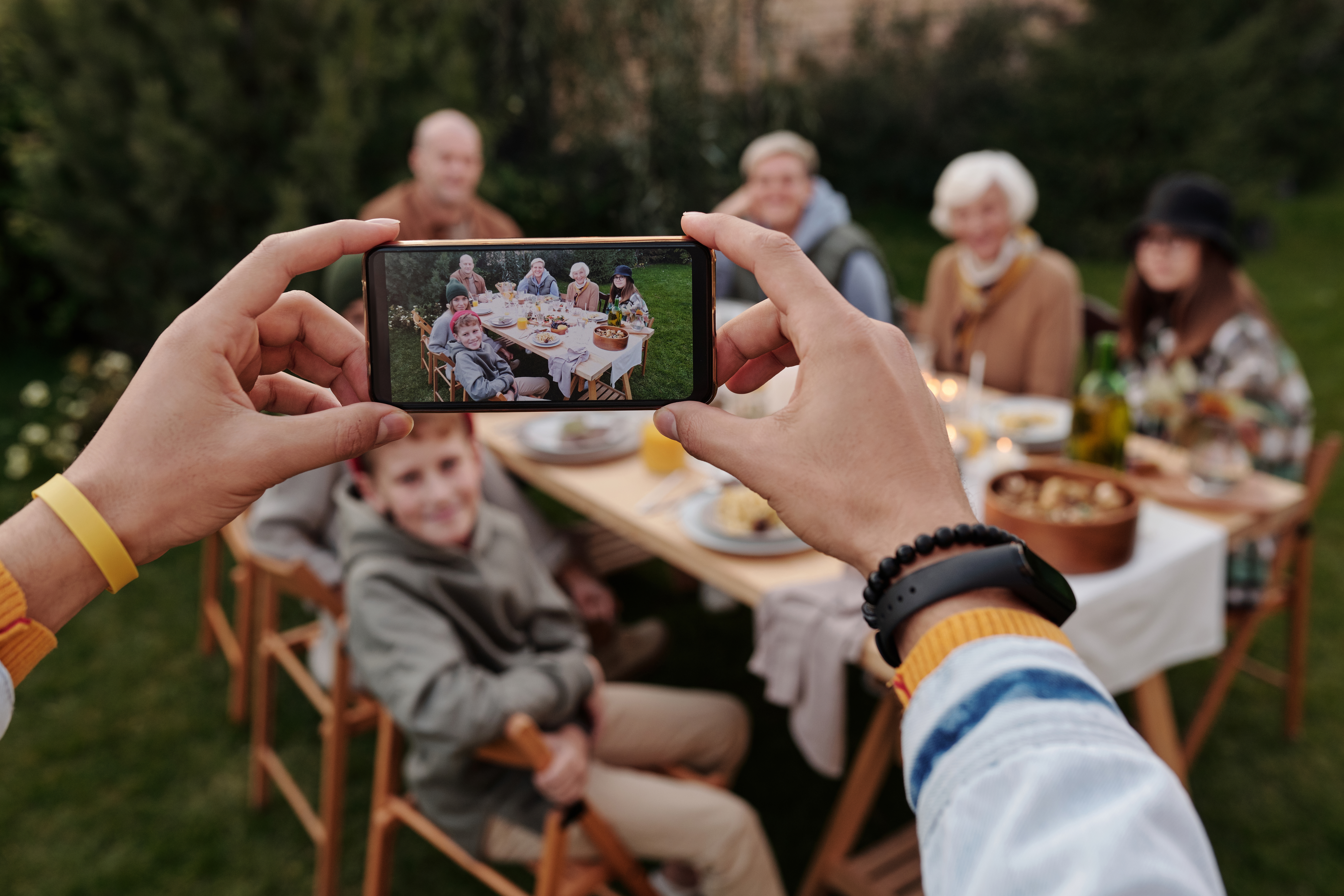 Hangovers and how to treat them

How many of us have said “I will never drink again”. It’s something many of us have claimed the morning after a riotous night as we struggle to face the light of day with a throbbing headache, a parched tongue, and a distinctly queasy feeling in the pit of our stomach.

For many, this promise is short-lived and particularly difficult to keep, especially during the holiday season. There are more parties and people have more free time, so people tend to increase their alcohol consumption.

So if you overindulged at the office party, you might not only be deeply embarrassed, but also looking for a quick hangover cure. Hangover remedies abound and include treats like anchovies, tea made from rabbit dung, and of course, another strong drink. But do they work?
What is a hangover?!

A hangover is a “cluster” of symptoms that occurs after an episode of alcohol use. It’s that easy.

There are some studies that suggest that there may be some genetic predisposition to hangovers, although that is not clear. Obviously, large amounts of alcohol are more likely to produce a more severe hangover. And there are many other factors that can also play a role.

There is some evidence that the type of alcohol consumed can be related to a hangover, the time of day the alcohol is consumed, whether one drinks instead of sleeping, whether one eats while drinking, and how well hydrated one is.

It’s hard to get an idea of ​​how many drinks are needed over a certain period of time for the average person. It depends on several factors, and it is something individual. There are people who drink a lot, a lot – who are alcoholics – and never have a hangover and there are some who drink a lot and have a hangover.

Trying to determine what is the worst time of day in terms of hangover is very interesting. For one, alcohol consumed in the morning tends to be more intoxicating, believe it or not. But in general, most people drink at night and late at night, and that means they may be drinking instead of sleeping, and alcohol influences sleep quality as well. As a result, one ends up without sleep, and that can certainly exacerbate hangover symptoms.

Body weight will also play a role, as it affects the concentration of alcohol and other substances that ultimately reach the bloodstream. Concentration is actually affected by the amount of water in your body, which is partly dependent on weight but not entirely.

When people do alcohol calculations (how much alcohol it will take to reach a certain blood alcohol level), they look at what is called “lean body weight” because alcohol does not convert to fat. So, a fat person is not necessarily more resistant to the effects of alcohol because he can have the same amount of body water as a very thin person.

Men have more body water than women, so if a man and a woman who weigh the same drink the same amount, the man will have less blood alcohol than the woman because the woman has less body water to dissolve the alcohol.

However, it is accepted that the intensity of a hangover is greater when the alcohol intake is greater, and it is certain that anyone will have more of a hangover if they drink enough to produce a blood concentration of 1.5 g of pure alcohol per kilo of body weight. . This means, on average, 5-6 drinks for a 80 kg (176 lbs.) man and 3-5 drinks for a 60 kg (132 lbs.) woman.

One of the most predominant symptoms of a hangover is a headache. The MediLexicon Medical Dictionary defines a headache as “pain in various parts of the head not confined to the area of ​​distribution of any one nerve.” Most people experience a headache and many experience some gastrointestinal symptoms, mainly nausea and sometimes vomiting. There is a feeling of general malaise, of not feeling well, of feeling tired, of not being able to concentrate. Also, people’s mouths feel very dry because they are dehydrated.

What is happening in the body to cause these symptoms is still not fully known. There are two main theories about the cause of a hangover.

The first theory is the withdrawal theory, which suggests that a hangover is actually a type of mild alcohol withdrawal.

If you look at a person’s brain, even though the person feels fatigued and tired, their brain is actually stimulated. And that’s what alcohol withdrawal is. “It’s the hyperstimulatory state.” Chronic alcoholics, if they stop drinking, get anxious, excited, unable to sleep and get chills. They can even hallucinate. It is believed that even one bout of heavy drinking can induce a mildly aroused state of the central nervous system, which can be perceived as a hangover.

The second theory is that the hangover is not due to the alcohol itself, but rather to other things in the alcohol, the so-called congeners. An alcoholic drink is usually not 100% pure.

For example, whiskey can be distilled, but then stored in charred oak barrels for years and years, you get all these compounds that leach out of the barrels and then degrade over time. There are hundreds of biological compounds in alcoholic beverages. Of course, with wine and beer, you actually add yeast to the grapes or malted barley or whatever, so it contains a lot of chemicals.

The other thing is that yeast also produces other types of alcohols. When yeast ferments sugar and alcohol, the vast majority of what it produces is ethyl alcohol, which is the alcohol we drink. But yeast can also produce other alcohols, such as methanol (or wood alcohol), and methanol is quite toxic.

As little as a 1-ounce injection of methanol can cause blindness, if you drink it neat.

When methanol is metabolized in the liver, it turns into formaldehyde, which is an embalming fluid. So when you drink alcohol that contains some methanol, your body first gets rid of the ethyl alcohol but the methanol remains in your blood. It doesn’t break down and actually builds up over time. Then, when it has burned all the ethanol, it starts to metabolize the methanol and produces formaldehyde as a byproduct of that, and some people feel that that produces the symptoms of a hangover.

Certain types of alcoholic beverages have more methanol than others. There seems to be a relationship between the likelihood of having a hangover and the degree of darkness of the alcohol. The color means that the alcohol has more junk. The darker the color somewhat reflects the level of congeners, therefore lighter colored alcohols such as vodka and gin are less likely to cause a hangover than darker colored alcohols such as whiskey , scotch, bourbon or brandy. Similarly, among wines, people often find that a red wine is more likely to give them a headache than a white wine. Sulfites in red wine can contribute to hangovers in people who are sensitive to them.

The best way to treat a hangover is Prevention.

Avoid alcohol and you won’t have a hangover. Drinking in moderation will also help, mixing alcohol with other drinks, drinking slowly. Drinking alcohol with food will reduce the concentration of alcohol in the stomach. It will dilute it and be less irritating to the stomach. Also, when people drink and eat at the same time, less alcohol is absorbed into the blood because alcohol is absorbed more slowly into the bloodstream.

Some people argue that a drink in the morning cures a hangover. “Hair from the dog that bit you,” a drink in the morning, can make you feel better because you stop methanol metabolism and formaldehyde formation because you have alcohol in your system again. That would also help the withdrawal theory. If you are withdrawing from alcohol, so to speak, you give yourself some alcohol to “detox”.

If you’ve gone overboard, you don’t really have too many options. I think hangover remedies have probably been reported for thousands of years. But there really is very little that has been scientifically proven to improve hangovers. However, I have tried various “hangover” products and found one by the name “HANG OVER” that works wonders in helping to cope with the symptoms.
HANG OVER is made from natural ingredients. ‘Just as water is essential to life, it is essential to consume with HANGOVER to receive the maximum effect.’ This powerful combination supports the body’s natural response to alcohol processing by converting consumed alcohol into by-products that your body processes to reduce the negative effects of alcohol on you!

It is also essential to rehydrate. Although people are not as dehydrated as they feel dry. But really, electrolyte-enhanced fluids like Gatorade or PowerAde would be very beneficial, especially if taken with a HANGOVER. This is especially important if you experienced vomiting. It’s also a good idea to have some carbs in case your blood sugar levels are low, and to have something soft on your stomach if there is any stomach irritation.

Please, when you drink, drink responsibly. Never drink and drive.

For more information on “HANG OVER” visit http://.foyspaproducts.com/