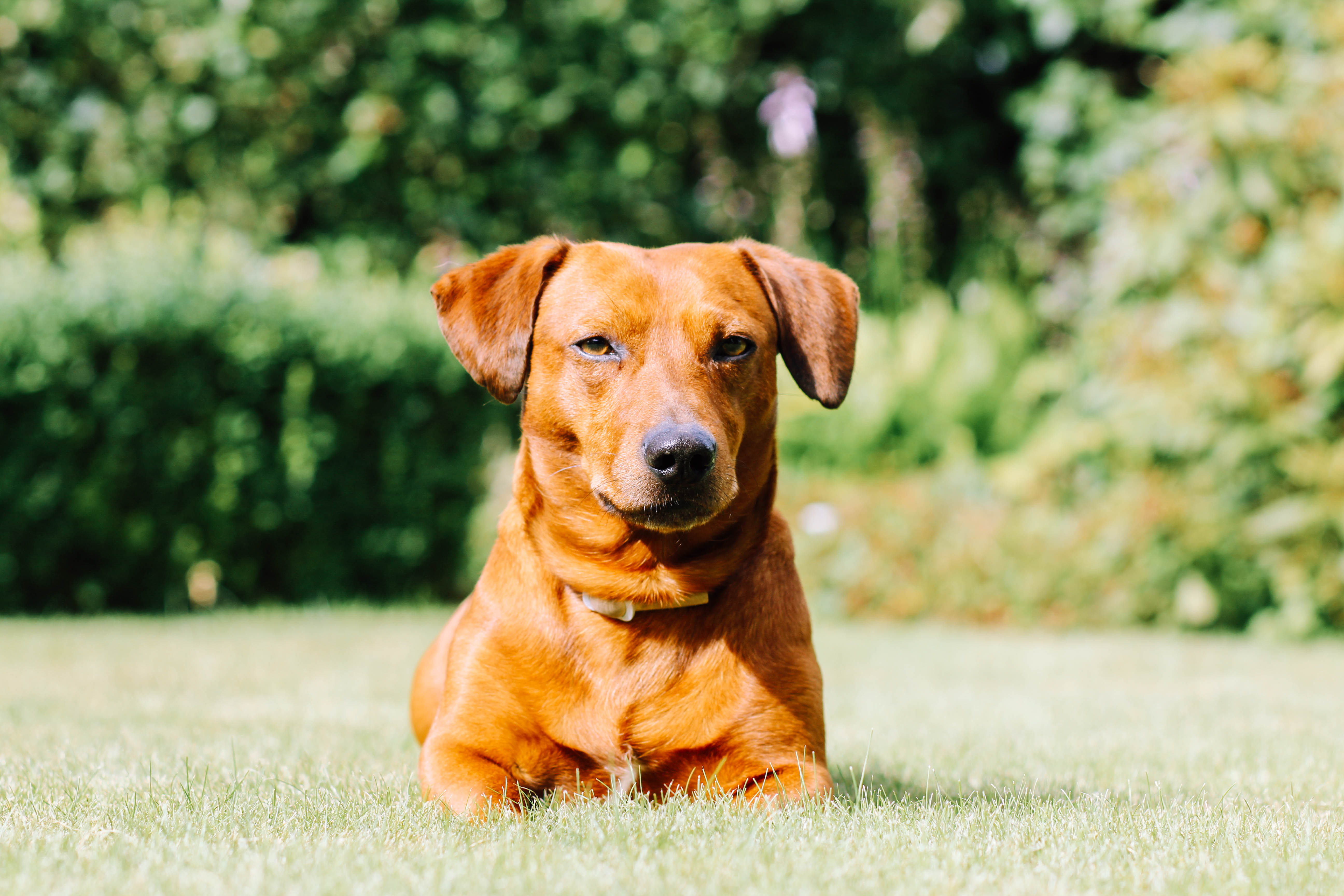 German shepherd dogs: what do you really know about the controversial “Canto vd Wienerau”?

Although Canto vd Wienerau died young and sired relatively few litters, due to his remarkable arrogance he is still considered one of the three most important dogs that shaped the modern German Shepherd.

It is interesting to examine his pedigree, as this may provide a clue to his exceptional arrogance. Despite having produced only a limited number of offspring during the short time at stud, a large proportion of these received the high Korklasse 1 classification. Six of these animals were VA in Germany. He also sired two American champions.

Canto’s father, “Hein v. Konigsbruch”, born March 10, 1965, was a very interesting dog for several reasons. Most important is why Walter Martin decided to stud him for his Canto’s Dam, his excellent bitch Liane von der Wienerau, a V bitch of exceptionally good breeding.

Although Hein’s Koer report was satisfactory, he certainly did not have a very illustrious show business career in Germany. In 1968 he was placed relatively low on SG 7 in the men’s Open Class under Dr. Funk. In 1969 he did no better with Dr. Rummel, being graded only G due to his lack of ability to work.

His “Koer” report describes him as a large, stretched animal with harmonious lines, good angulation, ideal rear line and ground-covering gait. He also referred to his temperament as healthy. However, the fighting spirit of his “kampftrieb” was described as “vorhanden”, present rather than pronounced.

Also, he hadn’t sired many litters before Walter Martin decided to use him.

Why then did Walter Martin decide to use it instead of more popular and proven animals that had already proven their ability in the ring and also their arrogance?

I think the answer to this is that Walter Martin was a visionary with an extraordinary eye for dogs. Hein represented a departure from the mostly boxy dogs of the time, with limited rear angulation. Hein was excessively angled compared to many of the leading dogs of the day. He was a very glamorous dog and Martin recognized the qualities that he had to offer.

Besides, he knew Hein’s pedigree. His father “Fix zu den Sieben Faulen” was a very good dog, as was “Fix’s” father “Asslan vom Maiweg”. I remember seeing “Asslan” in Germany and was impressed with his beautiful clean lines and , which was unusual at the time – his very good rump. Also, “Asslan’s” sire, “Alf vom Walddorf – Emst was an exceptionally good dog, who was also a very dominant sire.

Walter Martin was clearly aware of “Alf’s” qualities and, taking what some people might have considered a gamble, felt that in Hein he could perpetuate the excellent qualities that “Alf” possessed.

I remember seeing “Alf”, who was ten years old at the time, at the home of his owner, Walter Lueg, and was very impressed with this remarkable animal. He was not only a very handsome dog, even at 10 years old, he also had an outstanding temperament, bold yet friendly.

Alf’s upbringing mirrored the successful combination of Rolf v. Osnabruckerland and Axel vd Deininghauserheide. His father was Rolf and his mother, Elga vom Villosahaus, was a daughter of Axel.

Walter Martin must have considered that with the upbringing of his dog Liane he would not have to worry about temperament problems. Liane was the daughter of an exceptionally good bitch, Jalk v. Fohlenbrunne, who also had a history of very good temperament. Liane’s mother, “Dixie vd Wienerau” was the daughter of the VA dog “Arno vom Haus Schwingel”

Besides, Liane was one of an exceptionally good litter. Ella’s litter sister Landa v. Wienerau became a Siegerin, and a litter brother “Lido” was also an exceptional specimen, a very dominant sire with a very hot temper.

Hein was exported to Mrs. Egger’s Tadellos stud farms in Great Britain at the age of 5, where he had reasonable success in the Show ring, winning two CCs. He also spawned some good deeds in England.

The best evaluation of Hein v. The Konigsbruch temperament was created by my good friend Percy Elliott in his book “The Complete German Shepherd.” Here’s what Percy Elliott wrote: “Hein had poor working ability and for this reason he was demoted to good at the 1969 Sieger Show. He wasn’t shy, just a normal dog and friendly and satisfying enough, if not overly so.” was asked…”

I can agree with this assessment. Many years ago I imported a young son Hein from Mrs. Egger. My dog ​​was a very affectionate, friendly dog, with a good character but somewhat lacking in protective instinct; an ideal family pet.

Canto was described as a medium sized (64cm) medium strong dog with excellent proportions. The front angulation of his was very good and the rear angulation was marked. Special mention was made of his long and very well placed croup, a characteristic that he passed on to many of his offspring. Negative features of him included a head that lacked masculinity and also a lack of strong pigment. There was also a clear trend towards loose hocks which was particularly noticeable when he was a young dog.

His temperament was not as bold as one would have liked, and in this respect he was more like his father than his mother. It should also be mentioned that Canto is considered to be the first known hemophiliac in the breed. This was not discovered until later when it was discovered that his daughters began to produce affected males.

Although he died at the young age of four, he produced a large number of exceptionally good dogs.

The very important Canto sons whose names appear in the pedigrees of a large number of today’s top winners are as follows. Frei v. Holtkamper See, Canto Arminius and, to a lesser extent, Argus Klamme.

Frei V. Holtkamper See was sired by Canto de Iris v. Sudfeld, a bitch whose breeding reflected the valuable influence of Vello zu den Sieben Faulen. Frei was the most successful of the Canto progeny with 5 VA progeny, one of which, Zorro v. Haus Beck – VA in 1981 – produced the very important Lasso c. Wiederbrucher land.

Lasso v. Wiederbrucherland, in turn, produced the exceptionally successful sire, “Fedor v. Arminius”, who went VA in 1987. Fedor’s name is found in the pedigrees of a host of winning animals, in many cases through the important son by VA Fedor, Mark v. Beck House.

Mark has proven to be one of the most important bulls in recent years and is the sire, among many others, of the Sieger Kimon Dan Alhedys Hoeve.

Kimon is the parent of the VA classification “Karly v. Arminius”. “Karly” has also proven to be an exceptionally good sire and produced the VA animal “Jello Michelstadter Rathaus”, an important sire in his own right.

I sing v. Arminius the other Very Important Canto c. Wienerau’s son was Sieger in 1978 when the “Sieger” title was reintroduced after being discontinued since 1973.

Canto was an exceptionally good engine. When I saw him at the Sieger show for the first time, I was amazed at the fluidity and naturalness of his joy. Although he produced better daughters than sons, he produced a very good animal in Sonny v. Badener Land, who in turn produced the Reserve Sieger to Uran – Tell c. Gross sand.

Her litter sister Tina was Siegerin.

Tell produced the double Sieger “Fanto v. Hirschel” – 1990 and 1991 and also his litter brother, ‘Frei v. Hirschel’. Hirschel”, who was also an important father in his own right, producing very strong temperaments.

The sound “Frei v. Hirschel”, Friend v. Belgier is considered by knowledgeable judges to be an ideal source of excellent temperaments. He is the father of several very good dogs that have done well in Sieger shows, including the highly respected Italian bred VA animal “Quartz v. Templari.”

Canto Arminius’s litter brother, Caesar c. Arminius, was also an important Canto v. Sound of Vienna. Considered by many to have a hotter temper than his litter brother, he was the father of Dingo v. Haus Gero, Sieger in 1982.

Dingo was an exceptionally good engine with a spectacular ride. Although widely used at first, and the sire of 4 VA animals, Dingo was later not favored by German breeders, as he was seen as producing too many animals whose hips were suspect.

Argus was sired by Song of Zilly v. Klammle, who was later exported to America where she became Champion. Argus was known to be a dog of excellent character.

The bitch I imported, Fara v. Bad Boll, son of Lasso di Val sole, was the daughter of Argus. She also inherited the same steadfast and confident temperament as her sire.

It is clear that Canto v. Wienerau’s influence through her sons and daughters has left an indelible mark on the breed. It can really be considered one of the three pillars of the modern German Shepherd.